No assessment against the target set in the UK Marine Strategy Part One (HM Government, 2012) was possible because criteria on concentrations in sediments at which adverse effects of polybrominated diphenyl ethers are likely to occur have not yet been determined. However, concentrations in sediments were generally low: frequently below detection limits. The limited trend analysis shows a downward trend in areas assessed.

This indicator assesses progress against the target set out in the Marine Strategy Part One (HM Government, 2012), which requires that concentrations of substances identified within relevant legislation and international obligations are below levels at which adverse effects are likely to occur, however, no assessment was possible due to a lack of agreed assessment criteria.

Polybrominated diphenyl ethers are used mainly as flame retardants in plastics, textiles and electronic equipment, and can enter the environment through emissions from manufacturing processes, evaporation from various products, recycling waste and run-off from waste disposal sites.

Polybrominated diphenyl ethers are known to have effects on the nervous, immune and endocrine systems in birds and mammals. They take a long time to break down, and thus have the potential to accumulate in the flesh of fish or shellfish and are toxic.

There is already a robust UK legislative framework in place for controlling pollution from contaminants, including appropriate consenting and monitoring programmes set out in the UK Marine Strategy Part Three (HM Government, 2015). The most frequently used polybrominated diphenyl ether flame retardants (penta-, octa- and deca- bromodiphenyl ethers) have been banned or restricted within the European Union for over a decade: since 2004 for penta- and octa-bromodiphenyl ether (European Commission 2001a; 2003a) and since 2008 for hexabromobiphenyl ether.

Trend assessments were conducted for the UK portion of the Greater North Sea and Celtic Seas Marine Strategy Framework Directive (European Commission, 2008b) sub-regions, and at the smaller scale of some of the UK biogeographic marine regions set out in Charting Progress 2 (UKMMAS, 2010).

OSPAR Environmental Assessment Criteria (OSPAR Commission, 2009), which indicate whether harm is caused to marine life, were not available for this indicator, therefore no assessment was possible.

Due to the lack of assessment criteria, a status assessment was not possible. However, where polybrominated diphenyl ethers have been measured, concentrations are relatively low and frequently below detection limits. 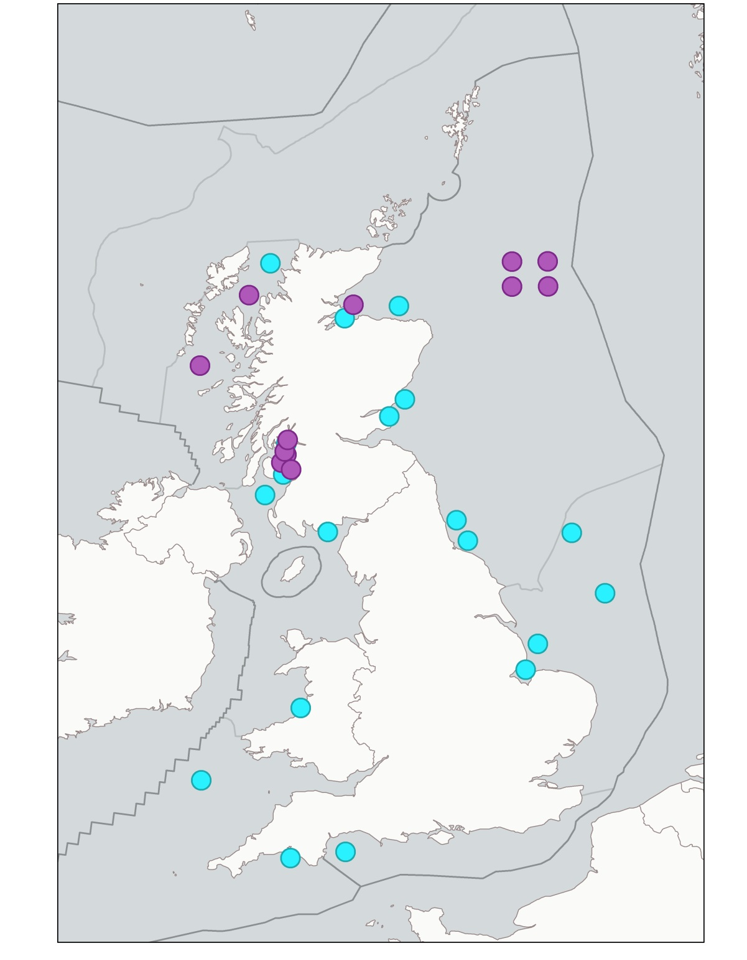 Polybrominated diphenyl ether concentrations in sediment were only present above limits of detection in a limited number of stations. Lack of assessment criteria means it was not possible to assess whether the UK target had been met.

The scarcity of monitoring data over a sufficient number of years precludes conducting a statistically meaningful trend analysis of overall polybrominated diphenyl ether concentrations, although downwards trends were observed in the Irish Sea.

There are currently no OSPAR Background Assessment Concentrations or Environmental Assessment Criteria (OSPAR Commission, 2009b) available for polybrominated diphenyl ether concentrations in sediment. There is a clear need for these to be developed.