Assessment of progress towards the achievement of Good Environmental Status for contaminants in seafood.

The UK has achieved its aim of Good Environmental Status for contaminants in seafood. There is a high level of compliance with agreed safety levels.

The UK Marine Strategy Part One (HM Government, 2012) set out the Characteristics of Good Environmental Status for Contaminants in Seafood:

‘Concentrations of contaminants in fish and other seafood caught or harvested for human consumption in UK seas do not exceed the relevant maximum levels listed in EU Regulation 1881/2006 (as amended) or other relevant standards and are not increasing.’

Step 2: We set targets to assess the extent that the Characteristics of Good Environmental Status were achieved.

Following discussions with relevant government departments across the UK, including the Food Standards Agencies who lead on food safety, the following target was adopted:

‘For contaminants where regulatory levels have been set, there should be a high rate of compliance based on relevant surveys and including samples originating from commercial fishing grounds in the Greater North Sea and the Celtic Seas.’

Step 3: We set up an indicator to assess the extent that the target had been met.

The indicator requires representative monitoring surveys of contaminants in seafood most commonly eaten in the UK.

Step 4: The results of the monitoring programmes were reviewed.

The extent that the target and the characteristics of Good Environmental Status for contaminants in seafood had been achieved was assessed.

The good status found in 2012 has been confirmed. The assessment confirms the results of previous surveys for contaminants in fish and shellfish which indicated that contaminant levels in fish and seafood on the UK market rarely exceed maximum levels set out in legislation.

Programmes of measures in place

The UK Marine Strategy Part Three (HM Government, 2015) set out an extensive programme of measures designed to protect the public from contaminated seafood and to prevent contaminants from entering the sea.

Limits for certain environmental contaminants in food, including seafood, are set out in Commission Regulation 1881/2006 as amended. Under Regulation 178/2002, which establishes the general principles of food law, action to protect public health can also be taken for unregulated contaminants on the basis of a risk assessment. Regulation 854/2004 lays down specific rules for official controls of products of animal origin, including fish and shellfish, and Regulation 882/2004 stipulates that official controls should be carried out on a risk basis.

There are several measures in place, such as those in the River Basin Management Plans, which have actions to address and prevent contaminants of concern from entering the sea and subsequently entering the food chain.

Monitoring programmes have been expanded to provide better geographical coverage and information. Surveys to check that compliance is being achieved in samples taken from known UK fishing areas in the Greater North Sea and the Celtic Seas have been set up. Any significant failures are investigated to establish their causes.

There are no major outstanding issues.

The target for contaminants in seafood proposed in 2012 has been achieved and a high level of compliance based on the surveys carried out between 2012 and 2015 has been achieved where more than 95% of samples taken met the limit values. 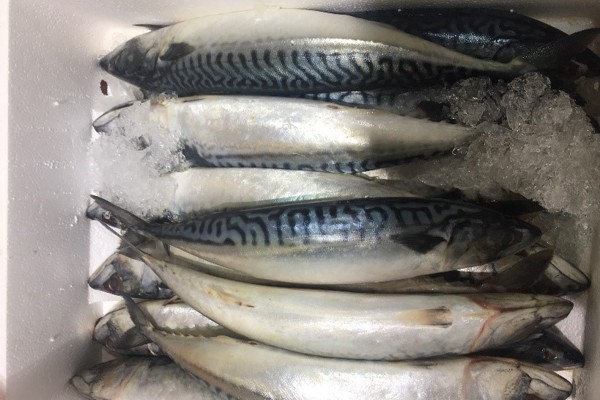 The indicator “Contaminant concentrations in seafood” was met at greater than 95%. This UK indicator is based on samples of fish and shellfish known to be at greatest risk of accumulating contaminants, and most eaten by the public. These were collected through surveys of representative commercial fishing grounds in the Celtic Seas and the Greater North Sea conducted by the Food Standards Agency and Marine Scotland. As well as contaminants covered under relevant EU regulations, surveys of pesticides and some unregulated contaminants were also included.

We will continue to carry out appropriate periodic risk-based surveys to check that agreed safety levels continue to be met.

European Commission (2002) ‘Regulation (EC) No 178/2002 of the European Parliament and of the Council of 28 January 2002 laying down the general principles and requirements of food law, establishing the European Food Safety Authority and laying down procedures in matters of food’ Official Journal of the European Union, L 31, 1.2.2002, pages 1–24 (viewed on 24 September 2018)