Monitoring to determine radionuclide concentrations and to assess radiological risk to the marine environment has confirmed that doses received by people and wildlife continue to be well below the UK national and European regulatory limits and that the UK target has been achieved.

This indicator is used to assess progress against the target set out in the Marine Strategy Part One (HM Government, 2012), which requires that concentrations of substances identified within relevant legislation and international obligations are below the concentrations at which adverse effects are likely to occur. 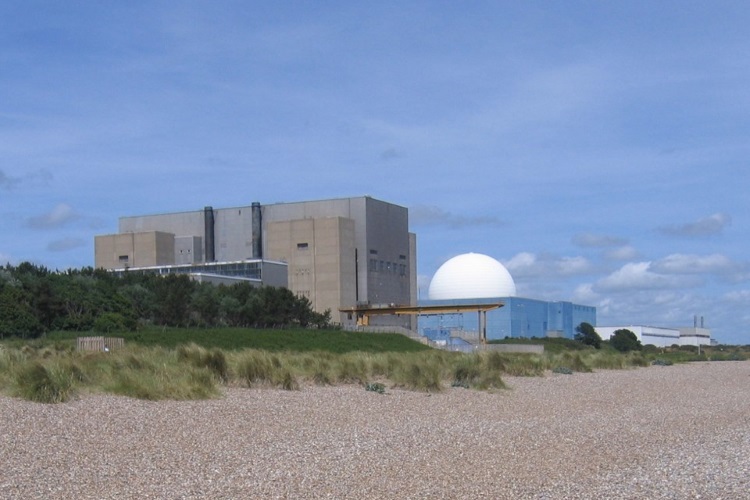 The main measures to protect people and wildlife is the regulation of radioactive waste under the Environmental Permitting (England and Wales) Regulations 2016 (HM Government, 2016) and under the Radioactive Substances Act 1993 (HM Government, 1993) in Scotland and Northern Ireland. Radioactive discharges are strictly controlled, discharge levels have generally reduced, and a strategy is in place to further reduce discharge levels in the future.

Assessments were conducted at the scale of the UK-portion of the Greater North Sea and Celtic Seas Marine Strategy Framework Directive sub-regions, with emphasis on those seawaters receiving discharges from UK nuclear establishments (Figure 2). Furthermore, as a basis for the reporting and evaluation of concentrations of radioactive substances in the OSPAR maritime area, a monitoring agreement has been identified using 15 OSPAR monitoring areas and specifying the radionuclides and environmental compartments for which data are to be collected (Figure 3). 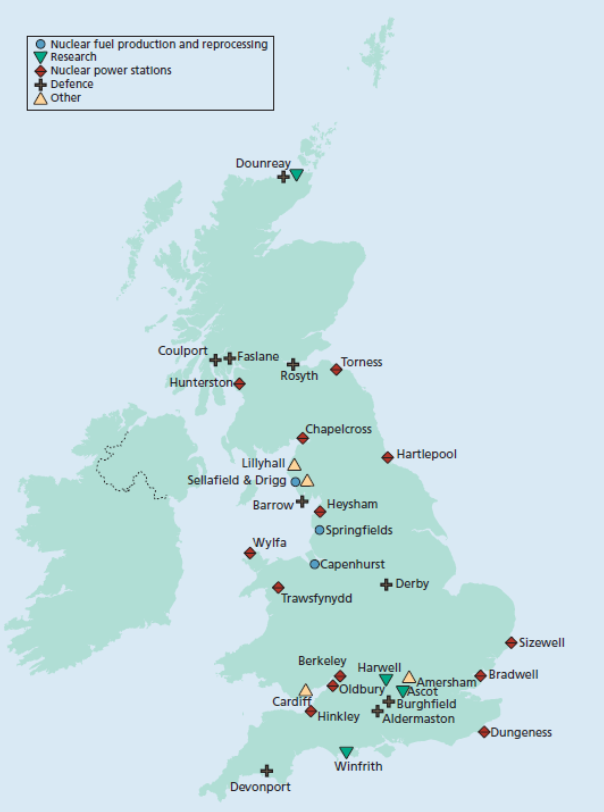 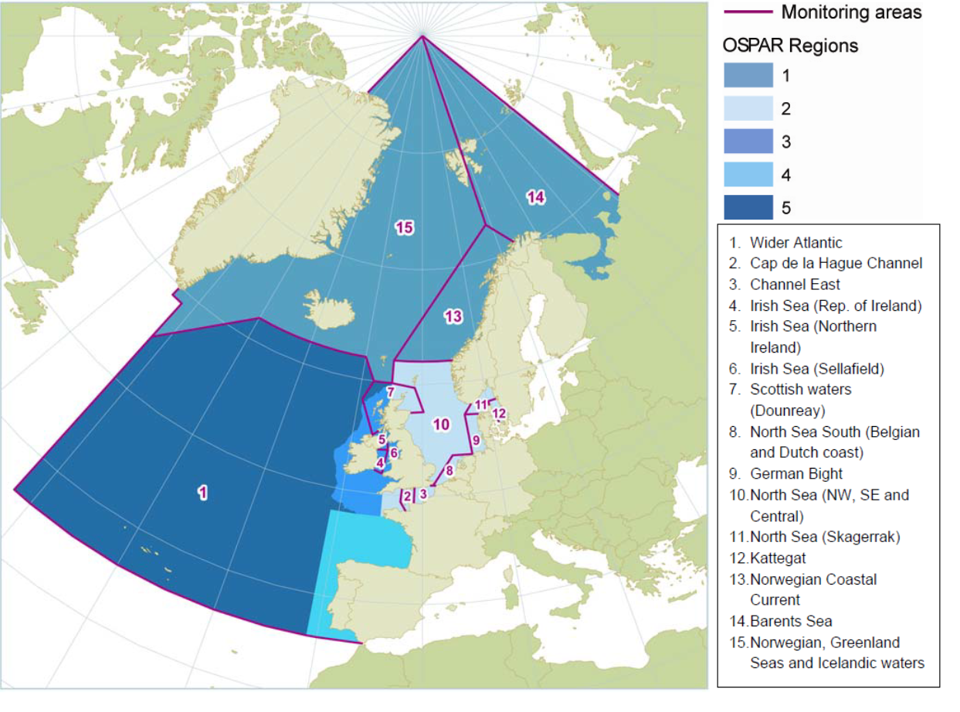 Each year, marine environmental samples (including water, sediment and biota) are collected routinely from UK seas around the nuclear licensed sites (Figure 1), including from those locations required for the OSPAR purposes. The results of annual monitoring programmes are used to assess the radiological risk and to check whether doses are below the UK national and European regulatory limits of 1mSv per year for members of the public.

The types of sample species and radionuclides for monitoring are selected by the responsible UK environmental agencies on the basis of a risk-based review performed 2012 (Food Standards Agency, 2012) and previous radiological monitoring surveys. The environmental samples are collected according to annual schedules and analysed to the ISO 17025 standard of formally accredited methods.

The International Commission on Radiological Protection provides guidance on assessing radiological dose to the general public. These dose standards are embodied in UK national policy on radioactive waste. The radionuclide concentrations are compared with UK regulatory limits of dose.

The UK played a leading role in preparing the OSPAR Fourth Periodic Evaluation of Radioactive Substances (OSPAR Commission, 2016), which evaluates progress made on reducing discharges from the nuclear and non-nuclear sectors.

Radiological monitoring and assessment are supported by observations of discharge and trend analyses of specific radionuclides and species at different locations, each with specific associated issues.

Radiological assessments confirm that doses received by people and wildlife continue to be well below the UK national and European regulatory limits.

Concentrations of radionuclides in seafood (fish and shellfish) have generally shown a downward trend or have continued to decline.

Continuation of monitoring programmes, reported in the annual publication of Radioactivity in Food and the Environment series, confirm that radioactivity levels in UK waters currently pose no risk of harm to humans or wildlife.

No knowledge gaps have been identified.