Currently, 60% of fulmars beached in the UK have more than 0.1g of plastic in their stomachs. This reflects the abundance of floating litter in their environment. There has been no significant change in the amount of plastic found in the stomachs of fulmars over the past ten years.

There is no specific target related to this indicator, but the UK has adopted a surveillance indicator to monitor the plastic content found in the stomachs of fulmars (in line with the OSPAR Ecological Quality Objective) (Figures 1 and 2). Fulmars forage exclusively at sea, generally at the surface of the water (Figure 3). Monitoring this species, therefore, gives an indication of the abundance of floating litter in their environment and how this is changing. 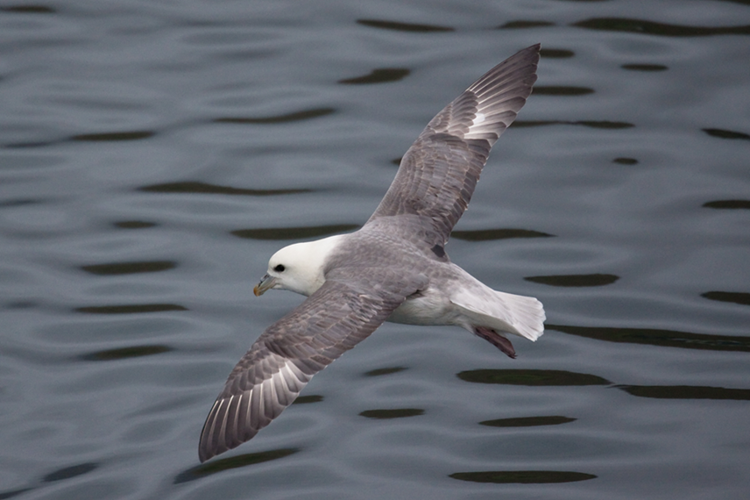 Figure 1. Fulmars forage exclusively at sea and regularly ingest marine debris, accumulating hard items temporarily in their stomachs. These characteristics make them a useful indicator of densities of marine plastic debris that these birds encounter in their marine foraging areas. 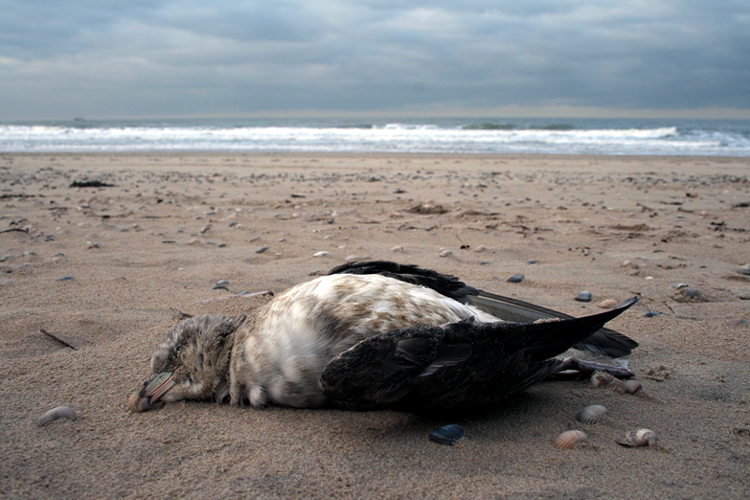 Figure 2. The monitoring system for plastics in stomachs of seabirds uses beached fulmars. The fulmar in this photograph had beached on Texel, the Netherlands, on 8 January 2009. 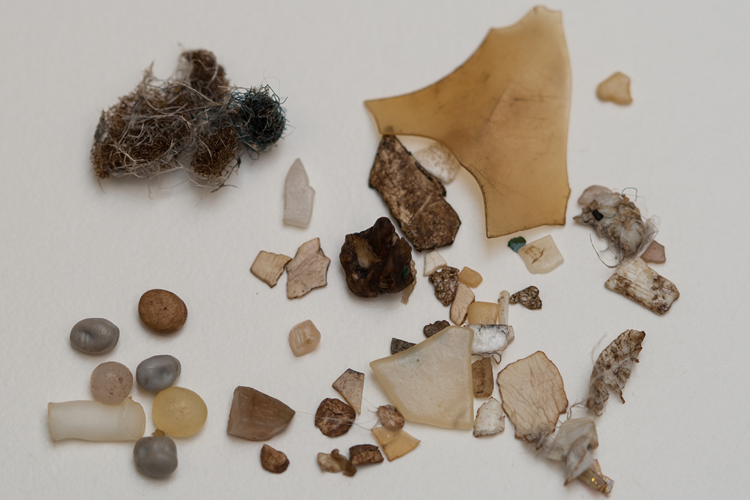 The key pressure is the input of plastic litter to the marine environment from land-based and sea-based sources originating from both the UK and other countries. There may be an adverse impact on fulmars, but this is still under investigation.

The measures taken to reduce the amounts of litter in the marine environment and limit the possible impacts are set out in the UK Marine Strategy Part Three (HM Government, 2015) and include initiatives to address terrestrial and marine sources, removal from waste water, and regional action through the OSPAR Marine Litter Regional Action Plan (OSPAR Commission, 2014).

The beached fulmars were collected on UK coastlines. The foraging ranges of fulmars cover hundreds of miles and the sources of plastic that they ingest are not clearly established.

No assessment threshold is currently set by the UK but OSPAR has a long-term goal that fewer than 10% of fulmars should have no more than 0.1g of plastic in their stomachs. This assessment looks to see what progress has been made towards this goal.

Results are being used in a similar indicator on litter in fulmar stomachs in the OSPAR Intermediate Assessment 2017 (OSPAR Commission, 2017).

The UK Marine Strategy Part One (HM Government, 2012) did not provide an assessment of this indicator.

Plastic contents of 365 fulmar stomachs from the UK originating mainly from the Shetland and Orkney Islands and the east coast of England were analysed. The material contained only three birds from the Scottish east- coast and only one from the English Channel.

The data has been combined into a single overall UK evaluation, combining the UK sub-regions. Fulmars forage over a wide range so the location the bird is found may not reflect where they fed. The early data from years 2002 and 2003 had to be excluded because in those years the English coast did not participate in the survey, and a regionally unbalanced sample could potentially bias the averaged overall data. The results, therefore, cover 11 years, 2004 to 2014, and 323 fulmar stomachs. As specified in the guidelines for this indicator, data are viewed in running 5-year periods, in which the ‘current period’ concerns the most recent 5 years of data (2010 to 2014), and trends are tested over the most recent 10 years of data (2005 to 2014).

Over the 5-year period 2010 to 2014, 88 fulmar stomachs from the United Kingdom were analysed, mainly from the Scottish Islands and the English North Sea coast. This is a relatively low number of birds in comparison to earlier 5-year periods (Table 1), but it seems beached fulmars were relatively scarce in all North Sea sub-regions in this period. The recommended sample size for a reliable average for a specific period and area is 40 birds or more, so the 2010 to 2014 samples are considered more than adequate.

Of the 88 birds analysed for the 2010 to 2014 period, 94 % had some ingested plastic, with average values (± standard error) per individual of 39 ± 12 particles and 0.32 ± 0.05 g per bird (Table 1). In this period, 63 % of stomachs contained more than 0.1 g of plastic. OSPAR has formulated a long-term goal to reduce that proportion to less than 10 %. No short-term goal has been specified for the Marine Strategy Framework Directive.

Data for other 5-year periods specified in Table 1 shows that the current 5-year averages for total plastic do not differ strongly from those in earlier periods of the monitoring programme. Statistical analysis over the last ten years (2005 to 2014) shows no significant change in ingested plastic mass in 253 fulmars sampled in the United Kingdom over this period. This was the same for industrial and user plastic categories.

Table 1.   Abundance of total plastics in fulmar stomachs in running 5-year periods since 2004.

The ecological quality objective percentage gives the proportion of birds having more than 0.1 g of plastic in the stomach, as defined in the OSPAR long-term target for ecological quality (OSPAR Commission, 2009). Incidence reflects the proportion of birds having any plastic in the stomach. Geometric mean mass is an added metric to reduce potential influence of extreme outliers on data points. Standard errors (SE) are provided.

The UK data since 2004 shows approximately 60% of surveyed fulmars exceed the 0.1g threshold level used in the OSPAR target definition. This matches the long-term pattern observed in the Netherlands and other North Sea locations. Long-term data from the Netherlands showed an increase in plastic pollution from the 1980s to 1990s, followed by a decrease back to 1980s levels, but since the early 2000s quantities of plastics found in stomachs have been fairly constant (Van Franeker, 2015).

There is a lack of data from the UK west coast. The fulmar dataset holds only a very few birds for the western shores. A recent paper on fulmars beached in Ireland showed surprisingly high levels of plastic ingestion, although the sample size was low. Attempts to set up more beached bird surveys on western shores continue. Larger sample sizes and better coverage of the Celtic Seas are required to improve the assessment. The surveillance indicators for sea floor litter and floating litter have been developed, tested and both indicate that litter is present in significant amounts, but we will need to refine these indicators to give us more accuracy.