North-east Atlantic plankton communities are experiencing changes which could have implications for ecosystem functioning. It is not yet possible to say with confidence whether these results suggest that the UK target has or has not been met.

This indicator is used to assess progress against the following target, which is set in the UK Marine Strategy Part One (HM Government, 2012): “At the scale of the Marine Strategy Framework Directive sub-regions, the plankton community distribution is not significantly adversely influenced by anthropogenic drivers, as assessed by indicators of changes in plankton functional types (lifeforms) indices.”

The link between plankton and human activities is complex. Changes due to human activities are in addition to responses to climate change. Changes in plankton signal the need for further investigative research to establish causes and to identify links between environmental drivers and human pressures such as fishing, nutrients, pollution, renewable development, dredging and waste disposal and microplastics.

No additional measures have been identified, because the links to human pressures or impacts are still unclear. The UK, however, is monitoring climate change impacts through Marine Climate Change Impacts Partnership, the UK Ocean Acidification program and the Climate Change Act (HM Government, 2008). The UK is addressing eutrophication through measures associated with the Marine Strategy Framework Directive (European Commission, 2008) Eutrophication Descriptor.

This indicator assessment was undertaken in the OSPAR Regions, Greater North Sea and Celtic Seas.

Pelagic habitats, which are defined based on key water column features, are important to plankton community structure and dynamics (Figure 1). Indicators based on lifeforms can be used to reveal plankton community responses to pressures. Lifeforms are made up of organisms with the same functional traits. Changes in relative abundance of pairs (called ‘lifeform pairs’) can indicate changes to ecosystem functions, including links between the biological communities of the water and sea floor, ecosystem energy flows and pathways, and food web interactions. At the North East Atlantic regional scale, plankton community change is strongly linked to prevailing climate conditions. 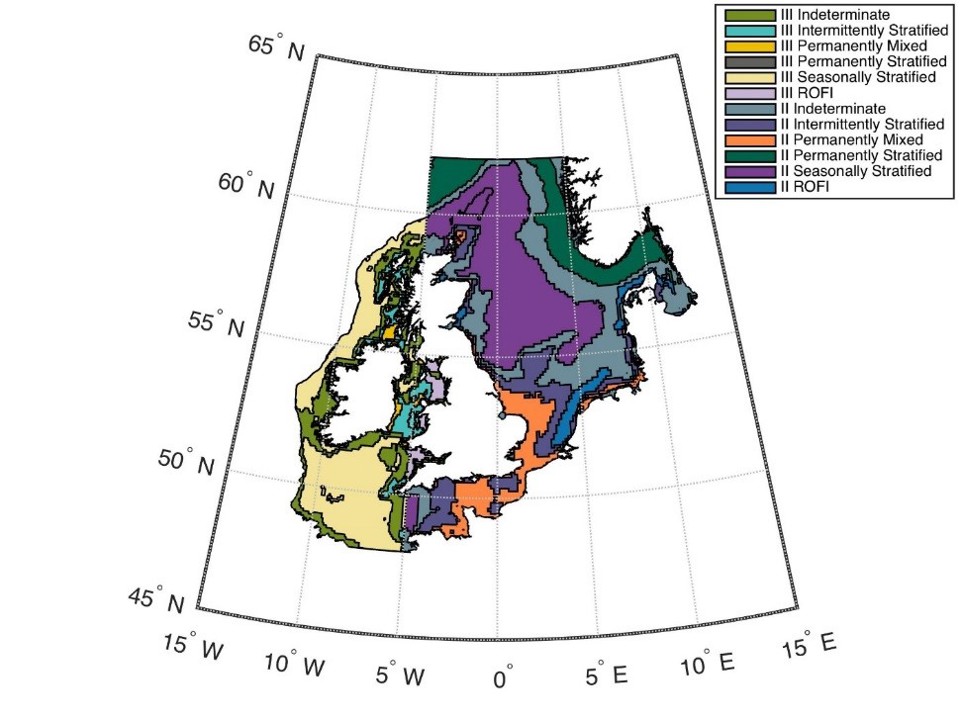 No assessment thresholds have been applied.

The UK is the OSPAR indicator lead, and UK results were part of the OSPAR Intermediate Assessment (OSPAR Commission, 2017).

Although there was clear evidence of regional-scale changes in the composition and abundance of plankton communities, which had been previously linked to rising sea temperatures, plankton as a whole were considered healthy and subject to few direct anthropogenic pressures (HM Government, 2012). However, it is still unclear to what extent natural variability, climate change, ocean acidification, and cascading effects from fishing may be contributing to this change.

Consistent with the findings from 2012, this assessment indicates that there is variability in the plankton community, which is also in accordance with the published scientific literature on plankton dynamics. The data and methods used here are considered robust and of high confidence.

The results to date suggest that prevailing conditions are the main drivers of plankton dynamics, indicating that the UK target has been met. However, research is needed to investigate the potential additive effects of the key anthropogenic and climatic pressures, including a better understanding of the magnitude and direction of change.

North East Atlantic plankton communities showed changes to lifeforms between the starting conditions (2004-2008) and the latest 6-year period (2009-2014) (Figure 7). This does not, necessarily, imply deterioration in environmental conditions as the results must be examined with respect to environmental and anthropogenic pressures. 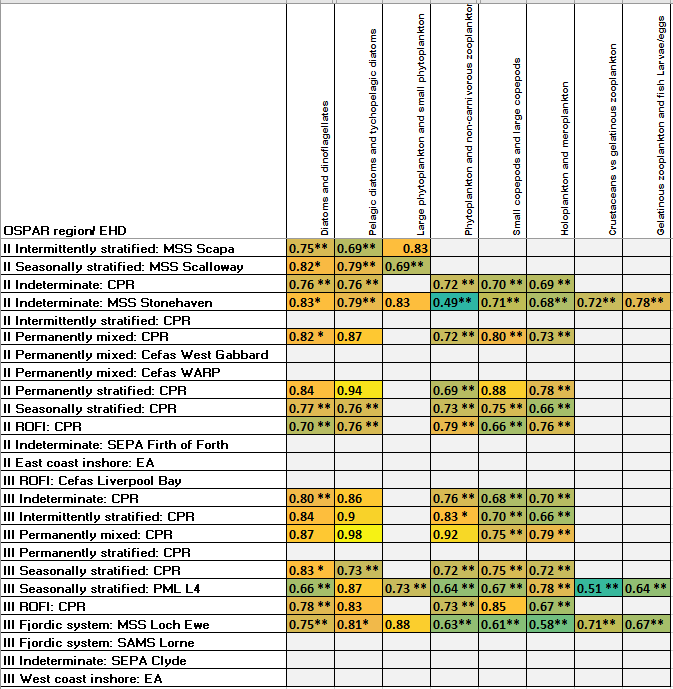 It is not yet possible to say if the UK target has or has not been met. While the indicator assessment shows that there are changes in UK plankton communities (medium-high confidence), further research is needed to draw conclusions on the magnitude and direction of change, and the key pressures or environmental factors driving change in lifeform pairs. Further interpretation of the results and refinement of the methodology are required. An extensive peer-reviewed research base, however, suggests that prevailing oceanographic and climatic conditions are the overall driver of change in the indicator in the North-East Atlantic (low confidence – further work needed for quantitative evidence). Identification and quantitative analysis of drivers of change is needed for each lifeform pair in each area in order to increase confidence in the assessment and to best inform spatial placement of management measures and support interpretation of other indicators.

Knowledge and data gaps include the need to improve:

Addressing these gaps will increase confidence in the assessments provided by the indicator: