The UK target was met: the number of grey seals born each year in both the Greater North Sea and the Celtic Seas has increased substantially since 1992 and has continued to rise in recent years (from 2009 to 2014).

This indicator is used to assess progress against the following target, which is set in the UK Marine Strategy Part One (HM Government, 2012): “At the scale of the Marine Strategy Framework Directive sub-regions, marine mammal productivity is not significantly affected by human activities There should be no statistically significant decline in seal pup production caused by human activities.”

This indicator, along with the indicator on seal abundance and distribution, can respond to many influences including disease, competition with other species, changes in distribution and abundance of their prey, disturbance, and interactions with fisheries. Grey seals were hunted into the 20th-century but are now protected throughout the UK.

Measures to protect seals are set out in the UK Marine Strategy Part Three (HM Government, 2015). These include protection through many national, European, and international conventions, agreements, and regulations that aim to manage the impacts of human activities on the seal population. 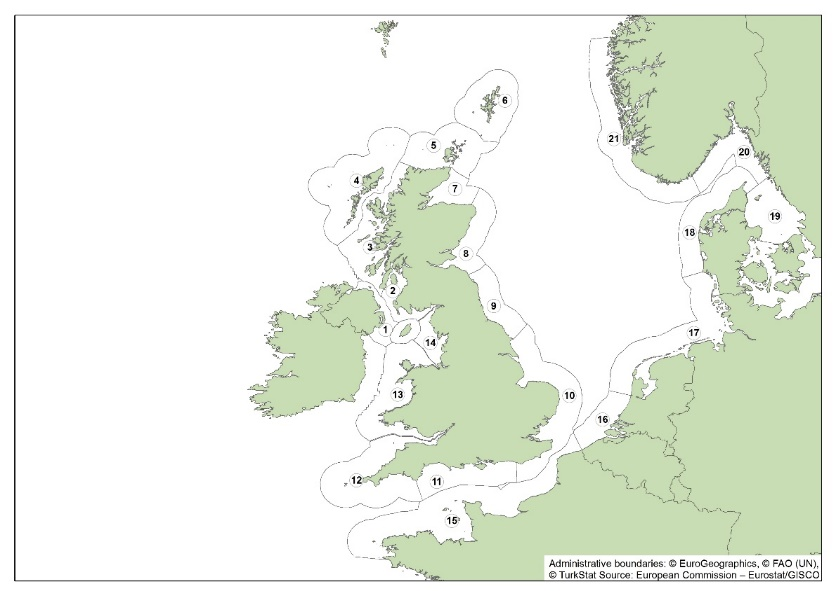 Grey seal pups (Figure 2) are counted at major breeding sites (‘colonies’) usually using aerial photographic survey methods; where these are not possible, ground counts or boat-based counts may be conducted. Pup counts are then converted to total pup production at each colony by using an established statistical model that describes how the number of pups at the site varies over the season. 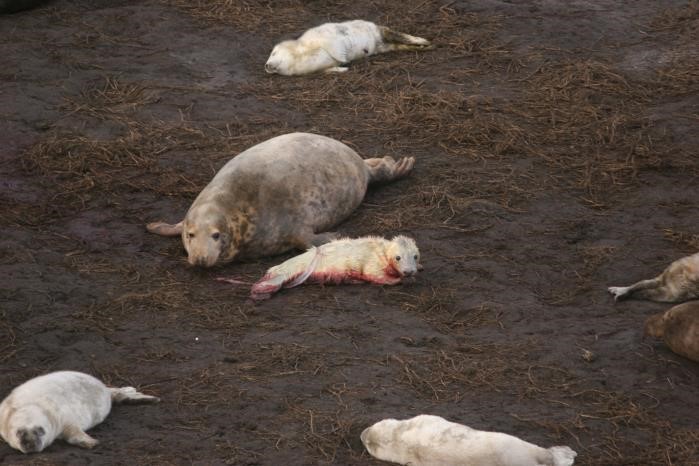 The target is met if a) grey seal pup production during 2009 to 2014 has not declined by more than an average of 1 % per year, and/or b) grey seal pup production has not decreased by more than 25 % since the baseline year (1992 or the start of the time series, if later). These thresholds are based on those used in the OSPAR Intermediate Assessment (OSPAR Commission, 2017).

This indicator is part of the OSPAR Intermediate Assessment (OSPAR Commission, 2017) and was led by the UK.

Grey seal pup production increased rapidly following the end of culling in the 1970s. A further factor is in part due to the increased availability of breeding sites following the abandonment of human settlements on remote islands, including automation of lighthouses. The increases in pup production had slowed by the time of the initial assessment, probably due to density- dependent factors affecting the population as a whole (HM Government, 2012).

This status assessment, like the Initial Assessment, is based on trends in pup production, but unlike the initial assessment, compares the trends against thresholds. Grey seal pup production has increased in both the long and short-term within almost all assessment units (Figure 5). As there is no decline in pup production in these areas, the targets for pup production have been met. The only exception is Shetland, where there was a significant long-term decline. However, there is low confidence that the results from Shetland represent an actual decline, because the counts varied substantially from year to year. This variance is likely the result of difficulties in counting pups in Shetland.

The target has been met in both UK Marine Strategy Framework Directive sub-regions. 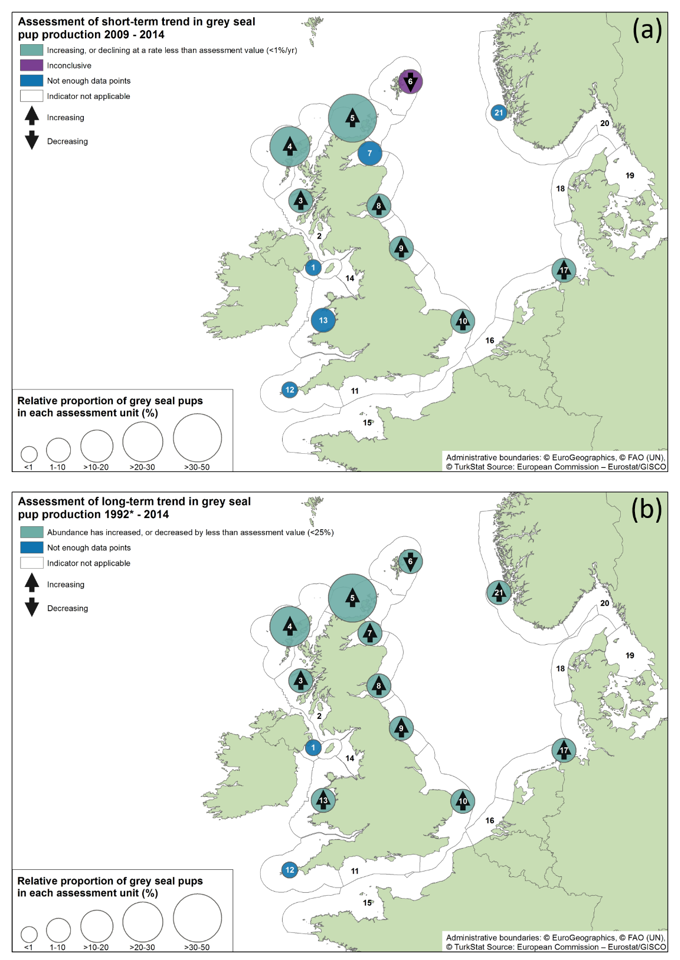 These results for pup production, which show that the associated UK target has been met, should be considered alongside those for the indicator on grey seal abundance and distribution. Both indicators show an improvement in the condition of the grey seal population in the North East Atlantic. It is likely that this population is recovering from a time when it was significantly depleted by human activities.